LeverageRx is dedicated to making financial decisions easy for America’s healthcare workers. Tell us your location, your medical specialty and how much you need to borrow and we’ll match you with the best lenders in New York.
Get Your Rates
Learn More New York is known for many things, but affordable housing is not on that list. Therefore, if you are a resident or practicing doctor who is looking to buy a home in New York, you should consider a physician mortgage loan.

Several lenders specialize in lending to medical professionals in the great state of New York. In this piece, we are going to review why physicians move to New York, what to keep in mind when getting a physician mortgage, homeownership laws and taxes in the Empire State, and of course an overview of the New York housing market today.

Why Physicians Move to New York

Why do doctors move to the Empire State? In some ways, it’s an easy answer. You don’t have to look far to find the world’s best hospitals, excellent residency programs, not to mention a wide range of both cosmopolitan cities and small towns to choose from.

Two New York City hospitals rank among the nation’s top 10 and three make the top 20, according to the U.S. News Best Hospitals Honor Roll. Here’s a quick rundown of the latest news from the U.S. News and World Report:

The following programs are the most viewed and most popular residency programs, according to the American Medical Association, all for internal medicine:

However, it is important to recognize the state’s high cost of medical malpractice insurance and that living in certain parts of New York have a high cost of living. The liability amount required by New York hospitals is usually $1,300,000 per claim/$3,900,000 aggregate limits of liability.

Despite the downsides of malpractice insurance, the perks of living in the beautiful Finger Lakes (great schools, beautiful region) and Manhattan (vibrant social scene, excellent hospitals) are hard to ignore.

As a doctor planning to move to New York, why tap into a physician mortgage loan over a traditional mortgage?

Let’s find out, but first, let’s go over the origins of physician mortgage loans. They were created by lending institutions, namely because of the specific challenges physicians face when they borrow, due to large student loans. In addition to large student loans, lenders also noted low salaries during residency/fellowship and difficulty building savings during residency and a high debt-to-income (DTI) ratio — the amount of money brought in relative to the amount of debt incurred.

Physician mortgage loans offer perks that get around these difficulties, including:

The Best Mortgage Loans for Physicians in New York

In this section we want to list our lenders in NY and highlight their program requirements and loan terms.

TD Bank’s physician mortgage is a popular choice among LeverageRx readers. The bank provides 100% financing up to $750k for both residents in training and attendings. The loan is for primary residence only. Learn More: TD Bank Physician Loan Review

KeyBank is a well-known player in the physician mortgage space. They will offer doctor home loans on primary residences and vacation homes, as well as cash-out refinances (which is rare). Loans are available for up to $3.5 million, including 100% financing on mortgages up to $1MM. Learn More: KeyBank Physician Mortgage Review

PNC recently purchased BBVA and now offers a doctor home loan program. In 27 states, you can qualify for 95% financing up to $1MM but must be a MD, DO, DDS or DMD. Learn More: PNC Physician Mortgage Review

Citizens Bank has a great physician mortgage program for MD, DO, DDS and DMDs. They offer construction financing and 95% financing for loans up to $650k. Learn More: Citizens Bank Physician Mortgage Review

Prior to buying a home, it’s important to note all of the costs you’ll need to pay in advance. Physician mortgage loans in New York will also require you to pay closing costs, real estate agent costs and other fees will also come into play. We’ll shine a light on these and also touch on some factors unique to New York when closing on a home.

Are these the only factors you should consider prior to getting a physician loan mortgage? Not necessarily. Your lender may help you go over other costs you may pay in addition to (or in lieu of) the ones above, especially for specific fees related to where you plan to live in New York.

In New York, it's important to know that sellers must let you know about housing defects. For example, if a seller knows about termites, mold infestations or significant damage to the home's major properties (the roof, foundation, etc.), the seller may be liable to you for damages.

New York City and its boroughs have taken center stage over the last year. In fact, more apartments sold in Manhattan in the third quarter of 2021 than at any other time in the last 32 years, according to the New York Times. Brooklyn and Queens also saw record highs. Manhattan sold a record 4,523 apartments in the latter half of 2021, the most in more than three decades at a median sales price of $1,115,000, according to the Times. The state as a whole saw sales and costs increase in 2021, according to Norada, and are poised to increase in 2022 as well. Here are a few fast facts:

Syracuse.com, through Niche, named the 2021 best places to live in New York state:

GET UP TO SPEED

Read the latest articles from LeverageRx 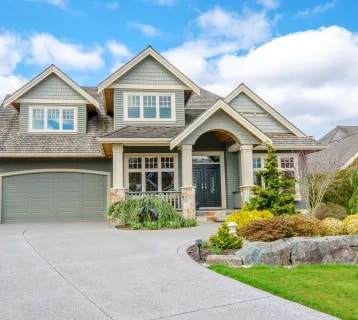 How to Calculate Closing Costs of Physician Mortgage Loans

Buying and selling a home is a complex financial transaction. It requires multiple professionals who assess whether the buyer’s ability 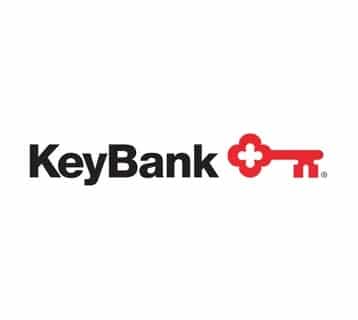 95% financing up to $1MM for MD, DO, DDS and DMDs, but only in 27 states. PNC Financial Services Group