It’s not easy to pick a state and move, but practicing physicians need to do just that

How Physicians Decide Which State to Practice Medicine

While choosing to work in the healthcare industry may have been easy, deciding where to practice medicine can be harder. In some states, like Kentucky, the average salary for a physician is over $300,000 a year. But what will your quality of life be like? These are the things every resident and young doctor should think about. The healthcare industry faces an aging population, new regulations and technological breakthroughs. If you are wondering what the best states are to practice medicine, ask yourself:

Considering you have medical school loans, it is understandable you want to receive a high salary. After all, people assume all doctors are making the big bucks, right? That said, the states you think pay physicians the most, like California or New York, surprisingly do not pay that well. Read on to see what I mean.

While some states have an excellent reputation for offering quality healthcare to their residents, others do not. A state’s healthcare quality is an indicator of its standards, technologies, and resources. The lower the quality of healthcare that a state provides, the less possibility there is for future career growth.

Physicians are prone to burnout due to high stress, low pay, long hours, and poor work environments. A state’s burnout rate will help you determine the mental and emotional stresses that may come with the job you are considering.

When you’re planning a move, you should be aware of the living costs in your city. Expenses like groceries, utilities, rent, and gas all depend on where you live, so some cities are just more affordable than others. According to Move.org, 7 out of the 10 U.S. cities with the highest living costs are in California. Considering that California doesn’t make the list for best compensation for doctors, this is something worth considering! Your salary versus the living costs in a particular state will help you to determine if you will be able to live comfortably.

Having actual patients is necessary for a physician to be successful. The higher the density of physicians in a particular area, the more competition you will face as a practicing physician. Conversely, low density may reveal a low physician/patient ratio, meaning that stress and burnout are more likely for physicians in that state.

Regardless of your specialty, malpractice claims are part of the job. However, a state’s malpractice claim rates can be a clue into the likelihood of the frequency of claims you may face. It is also important to note that the higher a malpractice rate, the more expensive your insurance is.

Regardless of your career, the quality of overall life in the state you choose to live in is an essential factor as it will affect nearly every aspect of life for you and your family. You’ll want to consider the following factors:

States that lack adequate care in certain communities or suffer from low physician density may offer certain incentives to doctors who consider practicing in those areas. Incentives can include but are not limited to:

The 5 Best States to Practice Medicine

Based on the considerations listed above, the best states for practicing medicine are as follows:

The State of South Dakota is one of the best paying states for doctors, with an average salary of more than $258,000 a year, and the state does not tax its residents’ earned income. South Dakota also ranks well when it comes to quality of life, affordability and is one of the best states for doctor’s malpractice, with a low incidence of malpractice claims.

Physicians in Idaho have an average income of more than $230,000, and the state boasts a relatively low density of physicians. Idaho also offers great incentives such as loan forgiveness to practicing doctors in underserved and rural areas.

Iowa may rightfully earn its reputation as a state with little to do, aside from farming and attending its annual State Fair that attracts millions of visitors. Yet, the outlook for healthcare providers in the state is booming.

Doctors in North Dakota earn high wages with a median salary of more than $255,000. The state also ranks well for the quality of life and healthcare services. North Dakota also reports a low physician burnout rate.

Physicians in Wisconsin earn an average salary of just under $250,000 per year and pay unusually low rates for malpractice insurance. The state is also known for its high quality of life and healthcare and low burnout rates.

The 5 Worst States for Physicians

Based on the same metrics, the worst states to practice medicine are as follows:

Average salaries for physicians in New York represent some of the lowest physician salaries in the country, just below $180,000 a year. The state has a high physician burnout rate, high density, a high cost of living, and some pretty hefty malpractice claim payouts.

Although the median salary of a physician in Kentucky is $346,000, the state is known for poor quality healthcare and a high burnout rate.

Physicians in West Virginia are faced with working in a crumbling economy, a poor healthcare system, a low quality of life, a high burnout rate, and a high incidence of malpractice lawsuits.

Louisiana is known for its poor healthcare, high burnout rate, low average physician salary and is one of the worst states for malpractice lawsuits.

The physician burnout rate in Rhode Island is relatively high, is an expensive state to live in, and boasts one of the highest rates of physician density in the country. Its malpractice claims are also high compared to other states.

Finding The Most Physician Friendly States

There are a lot of factors to consider when you are thinking about where you want to settle down and practice medicine. Some of these factors may directly relate to your job in the healthcare industry, while others may relate to the quality of life that you seek for yourself and your family. Only you can decide what situation will work best for you. By carefully weighing the best and worst states for doctors, you should easily make the right decision.

To launch a successful business, you have to understand your market inside and out – especially when it comes to location. The same goes for physicians who want to venture into private practice. From cost of living and crime rate to social amenities and outdoor recreation, there are many ways that a location can influence the well-being of a business and its employees.

So, what makes a great place for a medical practice?

Considering that physicians are 15 times more likely to experience burnout compared to professionals in other fields, the choice of location for a medical practice should be an informed one. If you’re thinking of starting your own practice, consider doing so in a state that is conducive for medical professionals — regardless of career stage or speciality.

Dakota means “friend” in Sioux language, which is why it comes as no surprise as the most welcoming states for medical practitioners. North Dakota is among the states with the least number of medical malpractice lawsuits leading to payouts. It’s also known for having one of the more lenient medical boards in the nation.

There are a number of factors that make Vermont one of the best spots for doctors to set up shop. Most notably, Vermont consistently boasts one of the lowest crime rates, making it one of the safest places to live and work. It is also the states with the highest rate of insurance coverage. For doctors, this means less time spent stressing over patients who are struggling to pay.

The Granite State features one of the highest rates of employer-sponsored health insurance. This contributes to New Hampshire’s place high in the ranks when it comes to the rate of health insurance coverage nationwide. Similar to North Dakota, New Hampshire also consistently finds itself as one the states with the lowest rate of malpractice lawsuits leading to payouts.

Maine has the 2nd lowest violent crime rate in the country, which makes it a very safe place to establish your medical practice in. This state is also among the states with the highest patient satisfaction rate. In addition, Maine has one of the highest number of primary care physicians. In a field where burnout is rampant and a shortage is looming, this is a huge advantage.

Like North Dakota and New Hampshire, Massachusetts experiences a very low amount of fewer malpractice lawsuits. But that’s not the only reason it’s a conducive place for your medical practice to thrive. Despite the big-city influence of Boston, Massachusetts is also ranked highly when it comes to safety. It is considered one of the safest state to live in considering that it has a low crime rate.

On the flip-side, here are the states you may want to think twice about launching your own medical practice.

Although doctors in the Hawkeye State are some of the best paid in the country, it actually ranks poorly when it comes to starting your own medical practice. This is because the Iowa has a relatively high number of malpractice lawsuits and a fairly harsh medical board.

While Maryland does feature many good hospitals, there are certain aspects that make it a less-than-ideal location to start your own medical practice. Time and time again, Maryland finds itself scraping the bottom of the barrel in regards to physician density and cost of living.

First and foremost, the high cost of medical malpractice insurance certainly contributes to Pennsylvania’s spot on the wrong side of the list. But what’s even more detrimental to its reputation is the average physician pay and overall quality of life. As a result, many physicians may stray away from the Quaker State, making staffing for new medical practices a difficult endeavor.

So far, the states with low malpractice insurance costs, lawsuits and payouts have been recognized as great places to practice solo medicine.Leave it to Louisiana to buck the trend. Despite the Bayou State’s low cost of malpractice insurance, there are certain aspects that thwart its desirability as far as running a medical practice is concerned. Not only is the Bayou State ranked poorly for quality of life and health care, but it is also among the least family friendly states.

The Big Apple is considered one of best cities in the world for countless reasons. Physician pay, however, is certainly not among them. Physicians in this state are among the least paid, which may be exacerbated by the high cost of living and the high physician density. New York is also one of the states with the highest cost of malpractice lawsuits.

As you can see, many factors come into play when it comes to choosing the best location to start your own medical practice. Some of those factors include:

While these are all important aspects worth considering, some may rank higher on your list of needs than others. That’s why it is important for you to determine what matters to you most so you can select a location will allow your medical practice to prosper.

Elizabeth is helping grow LeverageRx and occasionally writes articles. She has written in the past for Investor Junkie and StartupNation. 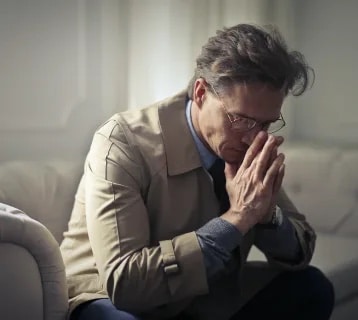 Is Your Doctor Happy? A Look at Physician Job Satisfaction in America

If you’ve been in the medical field for any amount of time, you’re aware that doctors often complain about burnout.

Surprisingly, spending years in school studying medicine isn’t an exact ticket to the career you may want as a physician. 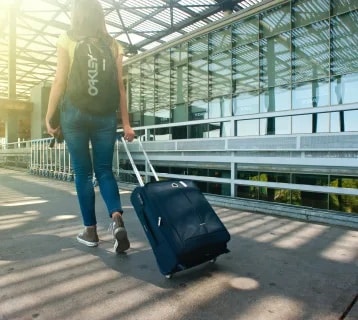 The physician assistant field is one of the fastest-growing career paths in America right now. According to the Bureau of