While student loans help medical school students to pursue their career in medicine, the financial toll that the student loan debt places on both aspiring and practicing physicians cannot be ignored.

Paying for college is hard enough as it is. But medical school? That’s a whole different ball game.

While student loans help medical school students to pursue their career in medicine, the financial toll that the student loan debt places on both aspiring and practicing physicians cannot be ignored. And yes, refinancing your student loans to a lower rate can save you a ton of money under the right circumstances. But not everyone is so lucky. And even then, the negative impact of student loan debt can extend well beyond one’s personal finances.

Researchers have established a link between student debt and poor academic performance in medical students. Past studies have shown that students with debt achieved lower grade point averages compared to those with no debt. Nevertheless, the actual effect of student debt on academic performance may be influenced by students’ attitudes towards debt rather than the debt itself.

In spite of health officials and hospital systems citing the need for more primary care physicians, medical students who are graduating from U.S. medical schools are becoming less likely to choose to specialize in one of those fields. A recent Medscape report revealed that 2019 recorded the lowest percentage ever of primary care positions filled by fourth-year med students.

Whether we like it or not, student loan debt has an impact on medical students’ specialty choice. Many stakeholders have also raised concerns that mounting medical school debt is contributing to lukewarm interest and decreased number of applications to traditionally lower compensated primary care fields, such as family medicine and rural health. Many medical students say that they would consider such specialties on the condition that they would be provided a financial incentive, such as pre- or post-residency bonuses, or increases in salary.

Studies have also revealed that the medical student debt burden has life-altering consequences for practicing physicians. The psychological and emotional burden of medical education debt can lead to depersonalization, emotional exhaustion, and physician burnout. In one study, heavily indebted young physicians scored lower on QOL and work-life balance survey scores compared to colleges with no student loan debt.

While minimizing the anxiety of student loan debt among medical students is clearly a goal of the free-tuition movement, the move is also intended to eliminate student loans as a factor in choosing a medical specialty. In addition, the move is also intended to help underprivileged students to pursue a career in medicine without worrying about the high cost of medical school education.

Free-tuition medical schools in the U.S.

The following are the medical schools that are offering free tuition for the 2019-2020 school year:

Studying medicine at the New York University School of Medicine has always been a costly endeavor, with students required to pay up to $250,000 in total. In 2018, the university made a delightful announcement that it would start offing tuition-free education to all aspiring physicians. NYU is currently the largest and most highly ranked medical school to make this plausible commitment.

Reports indicate that it took NYU about 11 years to make the idea of free medical school a reality to its students. What led to the board’s ultimate decision? Well, it all boils down to the heavy student loan debt. NYU School of Medicine hopes to raise millions of dollars in endowments to support medical students so that they can study without the student loan debt weighing on their shoulders.

Cornell’s Medical School in New York City is another institution that’s keen on tackling the student loan debt crisis by offering tuition-free schooling to medical school students. This medical school will cover all costs, including tuition, books, food, and accommodation.

One aspect that differentiates Cornell’s Medical School’s tuition-free program from NYU’s is that it only provides tuition-free education to students who demonstrate that they need financial aid. Eligible students will start receiving scholarships from as early as their first year.

The Washington University School of Medicine in St. Louis joined the list of medical schools in the U.S. that are offering tuition-free medical education. When breaking the good news, the St. Louis medical school said that it would offer free tuition to up to half of its future medical students. The other half was said to receive partial tuition support.

Unlike many other tuition-free programs that are funded by donors, the tuition-free program offered at Washington University is funded by the school of medicine via its departments and its affiliated training hospitals. This medical school intends to award tuition grants based on merit, need, or a combination of the two.

The CCLCM of Medicine at Case Western Reserve University in Ohio has been offering tuition-free schooling to medical students since 2008. Each year, approximately 2000 applicants contend for the 32 tuition-free slots in the CCLCM entering class.

According to this medical school, the aim of offering tuition-free education is to free medical students from feeling pressured to choose high-paying specialties to pay off the student debt, rather than opting for academic and research-oriented medicine.

The Columbia University College of Physicians and Surgeons

The Columbia University College of Physicians and Surgeons, colloquially now known as VP&S, announced in 2017 that it would offer scholarships to medical school for all students. The New York City-based medical school said that it would cover tuition for those students who qualified for scholarships and who received student loans. The financial aid was a gift from the Colombia alumnus and former Merck CEO, Roy Vagelos.

The David Geffen School Medicine at the University of California is another medical school that has been offering scholarships to medical students. The Los Angeles-based school offers full, merit-based free tuition, as well as books, supplies, and accommodation to about 20% of each class.

Other medical schools that have announced that they will offer free tuition in 2020 include the University of Houston’s New College of Medicine and the Kaiser Permanente’s School of medicine in Pasadena, California.

For most medical students, school loan debt is a significant factor in choosing a school and a career path. The above medical schools aim to alleviate the financial burden that comes with debt so that bright and talented students can focus on becoming future leaders in academic medicine.

Jack is a Creighton University graduate and former advertising creative who has written extensively about topics in personal finance, employee benefits, and technology. 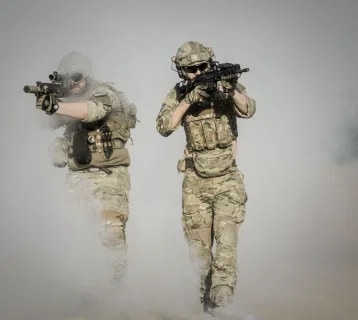 Does the Military Pay for Medical School?

Many people join the military looking for financial help in paying for college. But will the military pay for medical 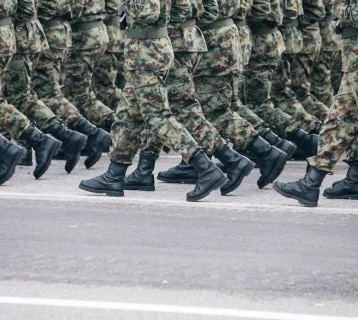 Are HPSP Scholarships Worth It?

What is HPSP? The Health Professions Scholarship Program (HPSP) pays for students to attend medical school in exchange for time 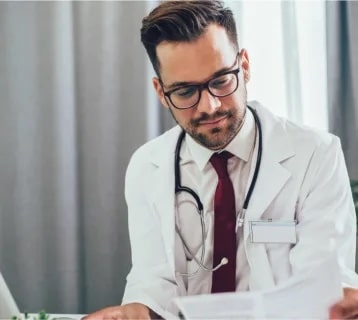 Medical school loans can be forgiven if you match this criteria What is Medical School Loan Forgiveness? Generally speaking, when